When Zodiac Signs Get Drunk 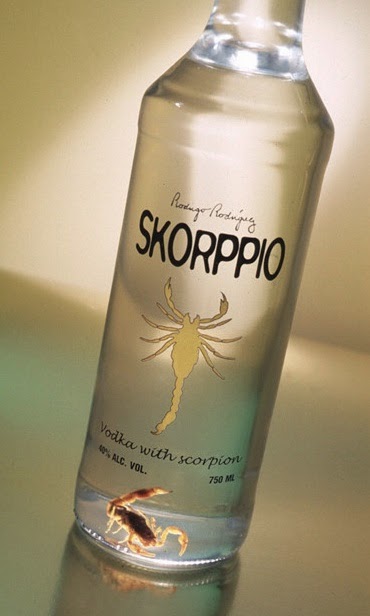 Scorpio (October 23rd-November 21st): Sloshed Scorpio can usually be found doing one of 3 things: cornering someone at a party to discuss the meaning of life, tearfully drunk-dialing their ex-boyfriend to ask where they went wrong, or having sex.

Aries (March 21st-April 19th): When Aries drinks, they get even louder and more fiery than they usually are. Look for them dancing on tables or starting fights with random people who “looked at their friend wrong.”

Taurus (April 20th-May 20th): After a few too many glasses of fine wine (hello, only the best for a Taurus!), Taureans will feel an uncontrollable urge to get cozy and comfortable, which could cause them to take off their pants and/or head to bed for a nap.

Gemini (May 21st-June 20th): If you think sober Gemini is chatty, you’ve obviously never met a drunk Gemini. Even Gems who are naturally a bit shy open up A LOT with the assistance of a few cocktails.

Cancer (June 21st-July 22nd): Drunk Cancers excel at what we like to call the two C’s: crying and cuddling. Often simultaneously. Sometimes with strangers.

Leo (July 23rd-August 22nd): Any dormant emotions are going to come out when Leo imbibes, so be ready for tears and/or dramatic professions of love. After that they’ll put on the most entertaining karaoke performance you’ll ever see.

Virgo (August 23rd-September 22nd): A little liquid courage helps Virgo shed their self-conscious shell and tends to make them super chatty and social. They’ll also want to introduce you to all their friends…over and over and over again.

Libra (September 23rd-October 22nd): You know the person who’s hugging everyone and saying, “I just really love you guys” to people they’ve never met? That’s a drunk Libra right there.
Sagittarius (November 22nd-December 21st): For a drunk Sagittarian, everything is a competition. You’ll find them trying to out-drink their sorority sisters or organizing a sloppy arm-wrestling tournament in the corner of the bar.
Scorpio Zodiac Sign when drunk. What Scorpio does when drunk?

Capricorn (December 22nd-January 19th): Get ready for a massive spilling of confessions and secrets: when Capricorns get drunk, they let out everything their normally controlled sober selves keep tightly under wraps.

Aquarius (January 20th-February 18th): When Aquarians get crunk, they board a one-way train to flirt city. Find them charming the hot bartender and collecting phone numbers with the same giddy fervor as your grandma collecting cat figurines.

Pisces (February 19th-March 20th): Pisces is the epitome of a “happy drunk.” They’re laughing, smiling, and bursting with joyful, loving energy. Spend a few minutes chatting with a drunk Pisces and you’ll be saying, “Damn, I’ll have what she’s having!”