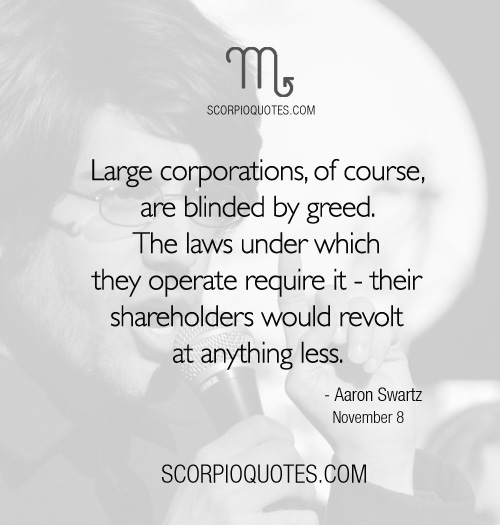 "Large corporations, of course, are blinded by greed. The laws under which they operate require it - their shareholders would revolt at anything less."

Aaron Hillel Swartz (November 8, 1986 – January 11, 2013) was an American computer programmer, entrepreneur, writer, political organizer, and Internet hacktivist. He was involved in the development of the web feed format RSS and the Markdown publishing format, the organization Creative Commons, the website framework web.py,and the social news site Reddit, in which he became a partner after its merger with his company, Infogami.Swartz's work also focused on civic awareness and activism. He helped launch the Progressive Change Campaign Committee in 2009 to learn more about effective online activism. In 2010, he became a research fellow at Harvard University's Safra Research Lab on Institutional Corruption, directed by Lawrence Lessig. He founded the online group Demand Progress, known for its campaign against the Stop Online Piracy Act.

He committed suicide while under federal indictment for his alleged computer crimes.Swartz declined a plea bargain under which he would have served six months in federal prison. Two days after the prosecution rejected a counter-offer by Swartz, he was found dead in his Brooklyn apartment, where he had hanged himself 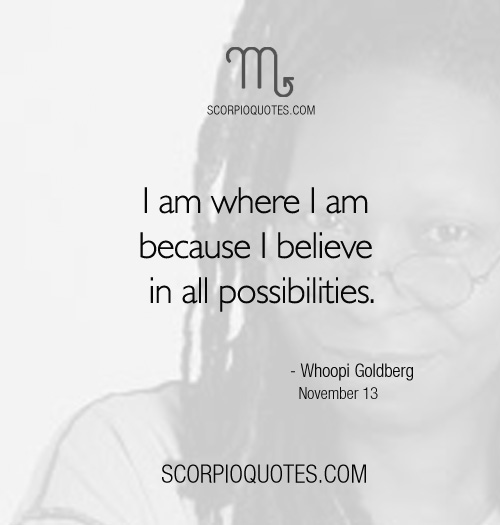 "I am where I am because I believe in all possibilities."

Caryn Elaine Johnson (born November 13, 1955),known professionally as Whoopi Goldberg, is an American actress, comedian, author and television host. She has been nominated for 13 Emmy Awards for her work in television and is one of the few entertainers who have won an Emmy Award, a Grammy Award, an Oscar, and a Tony Award. 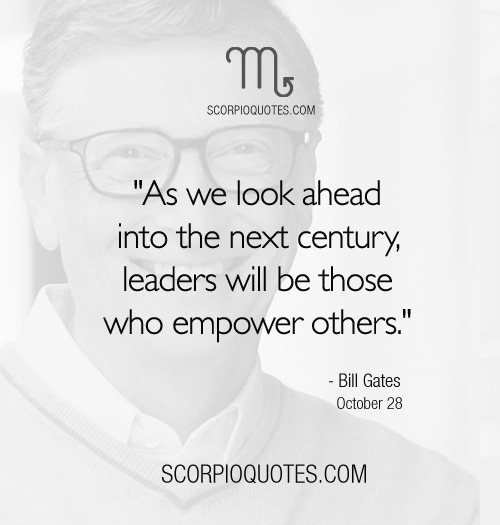 "As we look into the next century, leaders will be those who empower others."

He and his wife Melinda have so far given away $28 billion via their charitable foundation, more than $8  billion of it to improve global health. The primary aims of their foundation are, globally, to enhance healthcare and reduce extreme poverty, and in America, to expand educational opportunities and access to information technology. 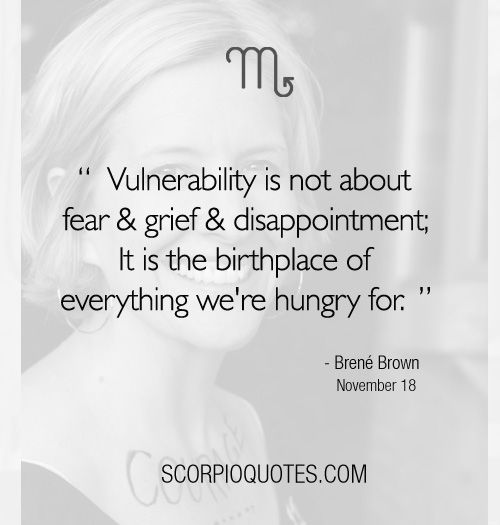 "Vulnerability is not about fear and grief and disappointment. it is the birthplace of everything we're hungry for."

Brené Brown (born November 18, 1965) is an American scholar, author, and public speaker, who is currently a research professor at the University of Houston Graduate College of Social Work. Over the last fifteen years she has been involved in research on a range of topics, including vulnerability, courage, shame, and empathy.She is the author of three #1 New York Times bestsellers: The Gifts of Imperfection (2010), Daring Greatly (2012), and Rising Strong (2015). She and her work have been featured on PBS, NPR, TED, Oprah and CNN. 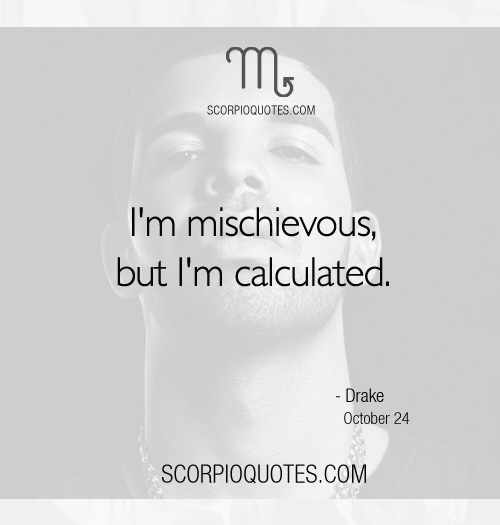 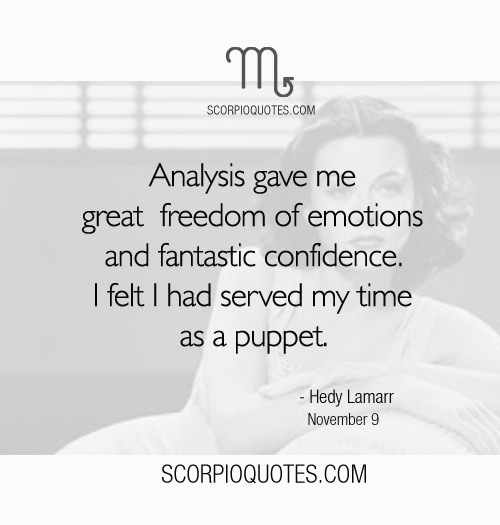 "Analysis gave me great freedom of emotions and fantastic confidence. I felt I had served my time as a puppet."

Hedy Lamarr (born Hedwig Eva Maria Kiesler, November 9, 1914 – January 19, 2000) was an Austrian and American film actress and inventor. Many critics and fans alike regarded her as the most beautiful ever to appear in films

At the beginning of World War II, Lamarr helped develop a radio guidance system for Allied torpedoes, which used spread spectrum and frequency hopping technology to defeat the threat of jamming by the Axis powers.Although the US Navy did not adopt the technology until the 1960s, the principles of their work are now incorporated into modern Wi-Fi, CDMA, and Bluetooth technology, and this work led to her induction into the National Inventors Hall of Fame in 2014. 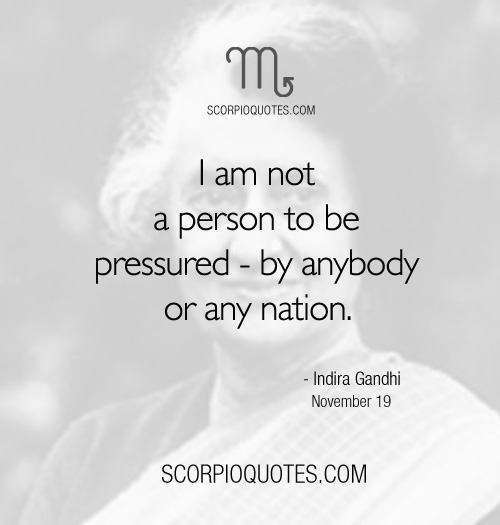 Indira Priyadarshini Gandhi (19 November 1917 – 31 October 1984) was an Indian politician and central figure of the Indian National Congress party, and to date the only female Prime Minister of India.

First appointed prime minister in 1966, she garnered widespread public support for agricultural improvements that led to India’s self-sufficiency in food grain production as well as for her success in the Pakistan war, which resulted in the creation of Bangladesh in 1971. After serving three terms, Gandhi was voted out of office for her increasingly authoritarian policies, including a 21-month state of emergency in which Indians’ constitutional rights were restricted. In 1980, however, she was reelected to a fourth term. Following a deadly confrontation at the Sikh’s holiest temple in Punjab four years later, Gandhi was assassinated by two of her bodyguards on October 31, 1984. 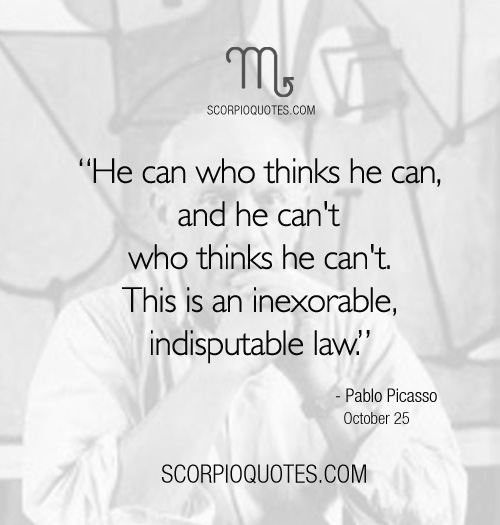 Pablo Ruiz y Picasso, also known as Pablo Picasso (25 October 1881 – 8 April 1973), was a Spanish painter, sculptor, printmaker, ceramicist, stage designer, poet and playwright who spent most of his adult life in France. Regarded as one of the greatest and most influential artists of the 20th century, he is known for co-founding the Cubist movement, the invention of constructed sculpture, the co-invention of collage, and for the wide variety of styles that he helped develop and explore. 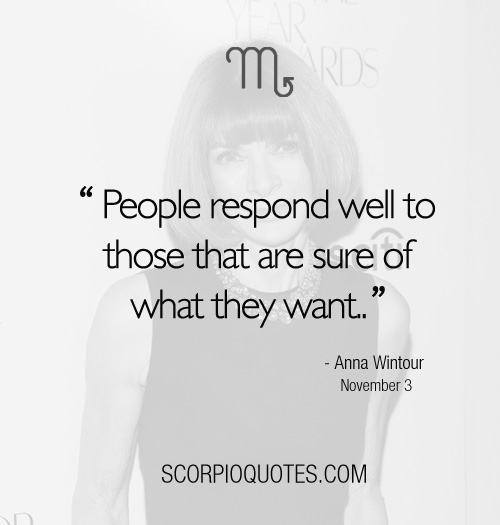 "People respond well to those that are sure of what they want."

Dame Anna Wintour (born 3 November 1949) is a British-American journalist and editor. She has been editor-in-chief of Vogue since 1988.

In 2013, she became artistic director for Condé Nast, Vogue's publisher. With her trademark pageboy bob haircut and dark sunglasses, Wintour has become an important figure in much of the fashion world, widely praised for her eye for fashion trends and her support for younger designers. Her reportedly aloof and demanding personality has earned her the nickname "Nuclear Wintour".

A former personal assistant, Lauren Weisberger, wrote the 2003 best selling roman à clef The Devil Wears Prada, later made into a successful film starring Meryl Streep as Miranda Priestly, a fashion editor, believed to be based on Wintour. 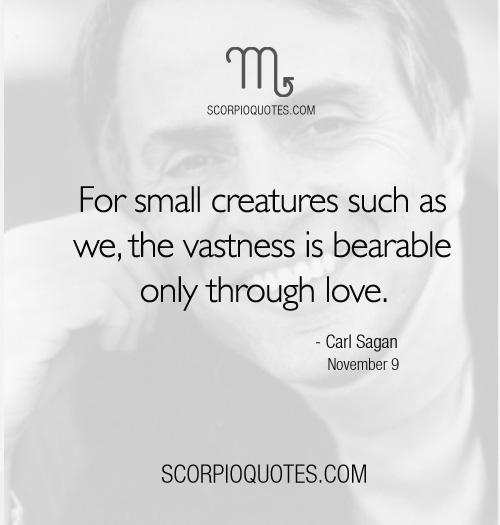 "For small creatures such as we the vastness is bearable only through love."

His best known scientific contribution is research on extraterrestrial life, including experimental demonstration of the production of amino acids from basic chemicals by radiation. Sagan assembled the first physical messages sent into space: the Pioneer plaque and the Voyager Golden Record, universal messages that could potentially be understood by any extraterrestrial intelligence that might find them. Sagan argued the now accepted hypothesis that the high surface temperatures of Venus can be attributed to and calculated using the greenhouse effect. 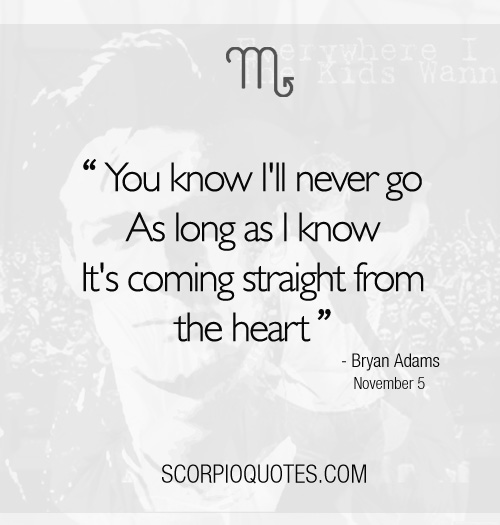 "You know I'll never go, as long as I know it's coming straight from the heart." 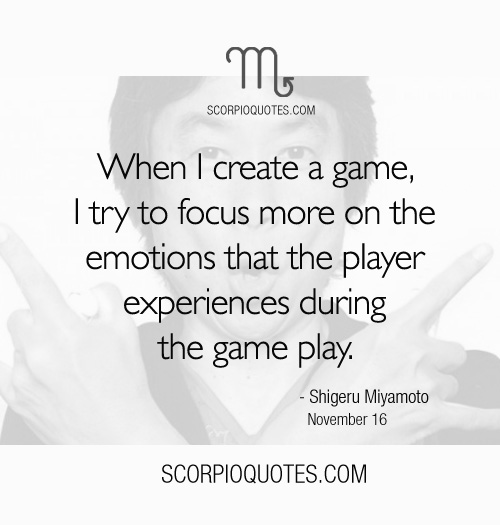 "When I create a game, I try to focus more on the emotions that the player experiences during the game play."

Shigeru Miyamoto (born November 16, 1952) is a Japanese video game designer and producer, currently serving as the co-Representative Director of Nintendo. He is best known as the creator of some of the most critically acclaimed and best-selling video games and franchises of all time, such as Donkey Kong, Mario, The Legend of Zelda, Star Fox, F-Zero, and Pikmin. 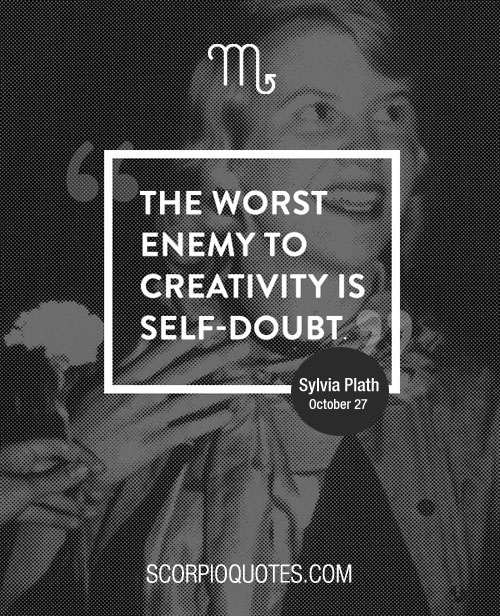 "The worst enemy to creativity is self-doubt."

Sylvia Plath (October 27, 1932 – February 11, 1963) was an American poet, novelist, and short story writer. Plath was clinically depressed for most of her adult life, which was treated multiple times with electroconvulsive therapy (ECT). She committed suicide in 1963.

Plath is credited with advancing the genre of confessional poetry and is best known for her two published collections, The Colossus and Other Poems and Ariel. She also wrote The Bell Jar, a semi-autobiographical novel published shortly before her death. In 1982, she won a posthumous Pulitzer Prize for The Collected Poems.