What is a Scorpio thinking and feeling? Sometimes, it can be a mystery. Here's a list of 10 Songs written, performed, and sung by famous Scorpio singers that could give you a glimpse. 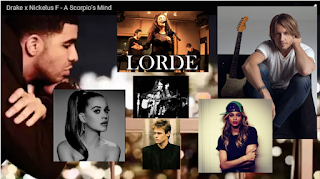 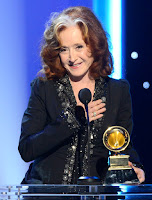 Scorpio Bonnie Raitt, born November 8, 1949, is an American blues singer, songwriter and slide guitar player. During the 1970s, she released a series of roots-influenced albums which incorporated elements of blues, rock, folk and country.

I Can't Make You Love Me

Turn down the lights

Scorpio Aubrey Drake Graham, born October 24, 1986, is a Canadian rapper, singer, songwriter, record producer and actor. He was born in Toronto, Ontario.He first garnered recognition for his role as Jimmy Brooks on the television series Degrassi: The Next Generation. He later rose to prominence as a rapper.

I've been hated by many, wanted by plenty
Disliked by some, but confronted by none
Since they don't show me sincerity, I load up, lock up
Take shots at em I guess you could call it a parody
But compared to D

They one-fourth from watermelon to a quarter felon, dude you a pear to me
If that's not how it is it ain't how it appear to be
You got blind heaters, in my sweats is a mind reader
And when the psychic get to touchin my palm
Seein your physical, the things that you never say to me visible
Especially when one of your artist feelin threatened
Cause I'm harnessin a weapon, won't you pardon my reflection

Mirror, mirror tell me why they wanna get and scrimmage
To play around, to perfection I'm the spittin image
My verbal camp is vivid, I told you I'm spittin image
It seems we often want to start but never get to finish
My verbal campus is Villanova, and those of you feelin Hova
And writing college rhymes, but the thrill is over
Let me assist you like a specialist
So you can pull it back and try catch the metaphors and the rest of this
It's not a problem wit X, I guess I'm a pessimist
Which means if shit goes bad, I say "I expected this" 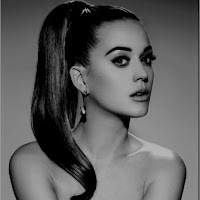 Scorpio Katheryn Elizabeth "Katy" Hudson, born October 25, 1984, better known by her stage name Katy Perry, is an American singer, songwriter and actress. Katy Perry pursued a career in gospel music as a teenager. She moved to Los Angeles in 2002, and after being dropped by The Island Def Jam Music Group and Columbia Records, Perry signed a recording contract with Capitol Records in April 2007.

Oh no, did I get too close?

Oh, did I almost see what's really on the inside?
All your insecurities
All the dirty laundry
Never made me blink one time

Come just as you are to me
Don't need apologies
Know that you are worthy
I'll take your bad days with your good
Walk through the storm I would
I do it all because I love you, I love you 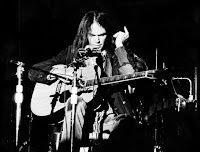 Scorpio singer-songwriter and musician Neil Percival Young, born November 12, 1945, is a Canadian singer-songwriter and musician. He released his first album in 1968 and has since forged a successful and acclaimed solo career, spanning over 45 years and 35 studio albums, with a continuous and uncompromising exploration of musical styles. His music is characterized by his distinctive guitar work, deeply personal lyrics.

"Only Love Can Break Your Heart"

When you were young

and on your own
How did it feel
to be alone?
I was always thinking
of games that I was playing.
Trying to make
the best of my time.

I have a friend
I've never seen
He hides his head
inside a dream
Someone should call him
and see if he can come out.
Try to lose
the down that he's found.

Scorpio Ella Marija Lani Yelich-O'Connor, born 7 November 1996, is known by her stage name Lorde. She is a singer and songwriter from New Zealand. Lorde's music consists of the subgenres of electronica, pop and rock, including dream pop and indie-electro. In 2013, she was named among Time‍ '​s most influential teenagers in the world, and in the following year, she was in the Forbes‍ '​s "30 Under 30" list

I've never seen a diamond in the flesh

I cut my teeth on wedding rings in the movies
And I'm not proud of my address,
In a torn-up town, no postcode envy

But every song's like gold teeth, grey goose, trippin' in the bathroom
Blood stains, ball gowns, trashin' the hotel room,
We don't care, we're driving Cadillacs in our dreams.
But everybody's like Cristal, Maybach, diamonds on your timepiece.
Jet planes, islands, tigers on a gold leash.
We don't care, we aren't caught up in your love affair. 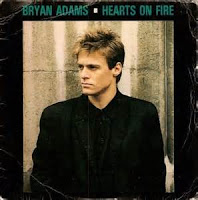 Scorpio Bryan Guy Adams, born 5 November 1959, is a Canadian singer, musician, producer, actor, social activist, and photographer. He was awarded the Order of Canada and the Order of British Columbia for contributions to popular music and philanthropic work via his own foundation, which helps improve education for people around the world.

"Straight From The Heart"

I could start dreamin' but it never ends 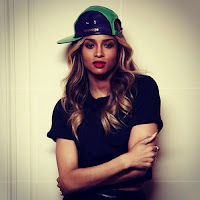 My body is your party, baby
Nobody's invited but you baby
I can do it slow now, tell me what you want
Baby put your phone down, you should turn it off
Cause tonight it's going down, tell your boys it's going down
We in the zone now, don't stop

You can't keep your hands off me, touch me right there, rock my body
I can't keep my hands off you, your body is my party
I'm doing this little dance for you
You got me so excited
Now it's just me and you
Your body's my party, let's get it started 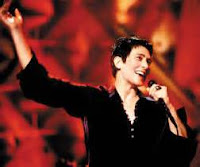 Scorpio Kathryn Dawn Lang, born November 2, 1961, is known by her stage name K.D. Lang. She is a Canadian pop and country singer-songwriter and occasional actress. She is also known for being an animal rights, gay rights, Tibetan human rights activist, and a tantric practitioner of the old school of Tibetan Buddhism.

Even through the darkest phase

And constant (Constant)
Craving (Craving)
Has always (Always) Been

Scorpio Keith Lionel Urban, born 26 October 1967, is an Australian country music singer, songwriter, guitarist, entrepreneur and music competition judge. In 1991, he released a self-titled debut album, and charted four singles in Australia before moving to the United States the following year. He has released a total of nine studio albums, and has charted thirty-seven singles on the US country charts, of which eighteen have reached Number One. Urban is also known for his roles as a coach on the Australian version of the singing competition The Voice, and as a judge on American Idol. Since 2006, he has been married to actress Nicole Kidman. In October 2013, Urban introduced his own signature line of guitars and accessories.

"Making Memories Of Us"

I'm gonna be here for you baby 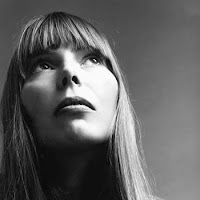 Scorpio Roberta Joan "Joni" Mitchell, born November 7, 1943, is a Canadian singer-songwriter and painter. She began singing in small nightclubs in Saskatchewan and Western Canada and then busking in the streets and dives of Toronto. In 1965, she moved to the United States and began touring. Some of her original songs were covered by folk singers, allowing her to sign with Reprise Records and record her own debut album in 1968. Her 1971 recording Blue was rated the 30th best album ever made in Rolling Stone's list of the "500 Greatest Albums of All Time". Her wide-ranging contralto vocals and distinctive open-tuned guitar and piano compositions grew more harmonically and rhythmically complex as she explored jazz, melding it with influences of rock and roll, R&B, classical music, and non-western beats.

and feather canyons everywhere, I've looked at clouds that way.
But now they only block the sun, they rain and snow on everyone.
So many things I would have done but clouds got in my way.

I've looked at clouds from both sides now,
from up and down, and still somehow
it's cloud illusions I recall.
I really don't know clouds at all.

Moons and Junes and ferris wheels, the dizzy dancing way that you feel
as every fairy tale comes real; I've looked at love that way.
But now it's just another show. You leave 'em laughing when you go
and if you care, don't let them know, don't give yourself away.