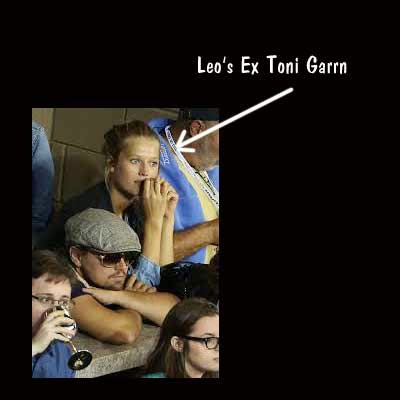 It was reported that he has just broken up with Victoria's secret supermodel Toni Garrn. They dated for almost two years.

A witness had this to say:

“He left with 20 girls. Leo and 20 girls. He is my hero. He was overflowing with models everywhere. The Jonas brother (Joe) looked scared, like he was going to drown and suffocate in the women. His face was hilarious.”

BTW, Toni Garrn is a Cancer. 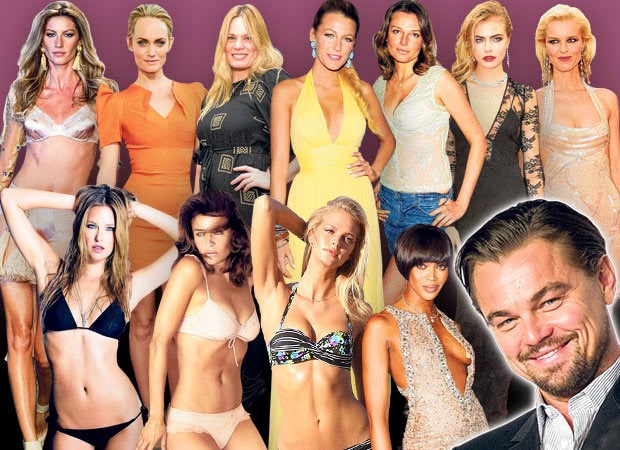 American model Bridget Hall has the honor of being the first supermodel connected to the actor. The pair were spotted canoodling together, but never confirmed their relationship. Rumors abound that Hall ultimately found the experience "disappointing."

Starting off strong, DiCaprio's second catwalk connection was with supermodel Naomi Campbell. Rumors claim the duo had a brief fling and then decided they would work better as friends. Today, these entertainment superpowers can be spotted platonically yachting.

Zang snagged some time with DiCaprio before he transformed into a Titantic megastar. Not quite star-crossed lovers, this couple did attend the premiere of Romeo + Juliet together.

Titanic served as DiCaprio's ticket to all of Hollywood's glory, including the dating field. The actor allegedly chose Christensen as the first model to take out post-iceberg.

The actor is credited with dating model-turned-actress Phillips and jumpstarting the starlet's career, introducing her to Black and White director James Toback.

The actor's second fling of 1998 was with another model-turned-actress, Amber Valletta. As the story allegedly goes, man spots model in a magazine, man has his people call hers to arrange meet-up, man and model briefly date. Basically, DiCaprio makes dating look easier than flipping through a catalogue.

Herzigova rounds out 1998's hat trick. DiCaprio and the model were said to have a one month relationship, but never confirmed the tryst. Perhaps because Herzigova was married to Bon Jovi drummer Tico Torres throughout the alleged affair.

Israeli model Refaeli started out as DiCaprio's stunning 20-year-old fling, but evolved into a serious relationship. Many DiCaprio trackers thought the pair would settle down, especially after reuniting after a six-month break in 2010. Alas, there were more models ahead.

Before she was Adam Levine's ex, Russian model Vyalitsyna (also known as Anne V. in the industry) was connected to DiCaprio. Some say that she and the actor had a brief romance while DiCaprio was on a break from his relationship with Refaeli.

Photographers spotted DiCaprio entertaining Romanian model Ghenea during his stay in Australia for The Great Gatsby. Reports said the rumored relationship lasted a few dinners before fizzling out.

DiCaprio's recent work schedule crippled this relationship. After dating for nearly a year, the couple had a friendly spilt, citing the actor's demanding movie projects as the main factor.

and of course,
Toni Garrn